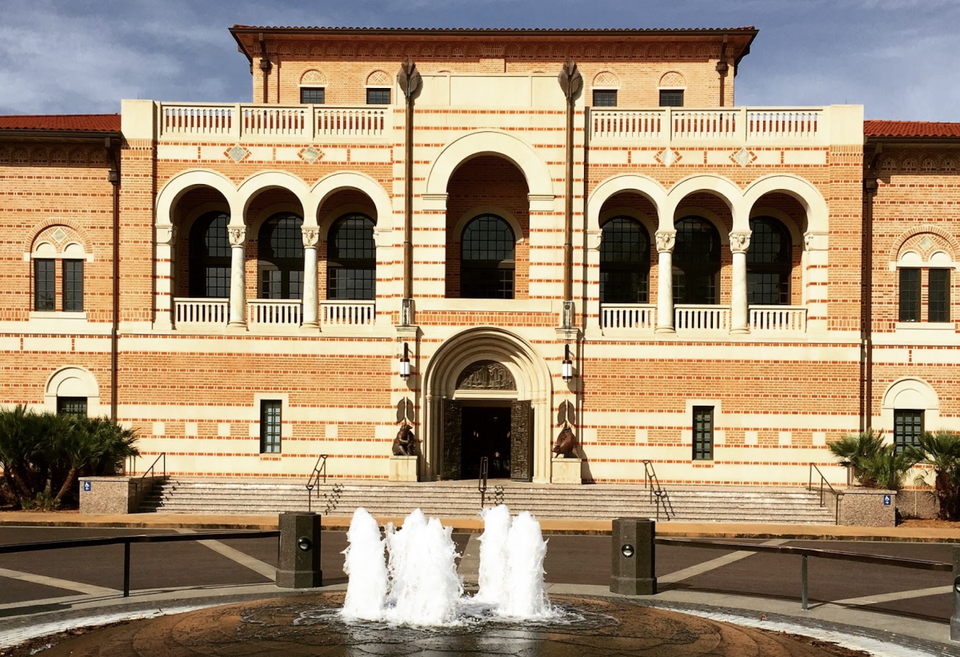 Does college still matter? The Department of Education makes the case that college is more valuable than ever: Degree holders earn $1 million more that workers without postsecondary education and the innovation economy is likely to require a more educated workforce. But averages and projections hide the rapid loss of faith in higher education as the escalator to the middle class.

Frustrated with increasing costs and underemployed grads living in their parent’s basement, less than half of American adults have confidence in higher education, a big decline in the last three years according to Gallup.

With this rapid loss of faith in higher ed, expensive nonselective colleges are in trouble. A dozen trends have conspired to create the beginning of the end of college as we know it.

1. Declining Enrollment. The number of high school graduates peaked in 2013 but has  flatlined and will begin to fall in the next decade as a result of lower birth rates. College enrollment has declined since a peak in 2010–2011, putting pressure on many smaller second and third tier schools.

2. End Of Degree Inflation. After several decades of adding degree requirements as a simple screen of ability and persistence, employers are focusing more on skills than pedigree. Google, Apple, and a dozen other leading employers stopped requiring degrees for many jobs. Groups like [email protected] have been expanding career opportunities by leading the shift to skills-based hiring.

Education as an employee benefit is on the rise. Starbucks offers access to ASU degree programs. Guild Education helps companies like Disney, Lyft and Walmart offer education as a benefit to employees. Coursera for Business is also offering sponsored education.

5. Advocacy Bubble. Twenty years of well-intentioned advocacy sent more people to college. Equity advocates (including myself) urged historically underserved groups to get four year degrees because they appeared uniquely valuable. Colleges loved the rush, raised prices and even got another enrollment boost in the Great Recession when millions were out of work. The rush felt good but the underlying value proposition didn’t match the growth—they call that a bubble (see #11 and #12).

Over the last two years, the advocacy pendulum swung back to career and technical education (CTE) with excitement around emerging earn and learn employment ladders (#4) but it remains an open question if this renewed emphasis on CTE can yield equitable results or just retrack high schools.

6. Rising Prices. The price of a four-year degree doubled between 1989 and 2016—about eight times faster than wages. That means that each successive cohort of graduates is worse off than the last. In the last decade, tuition at four-year schools in eight states is up more than 60 percent. This doesn’t end well.

A recent poll suggests that 83% of students said affordability was a factor in deciding which college to attend, up from 75% last year. In addition, 71% of students said costs could determine whether to attend college at all—up from last year’s 65%.

7. State Disinvestment. One reason tuition increased at public institutions is that state funding for public two-and four-year colleges in the 2017 school year was nearly $9 billion below its 2008 level.

Instead of growing a citizenry, critics have argued the rapid public disinvestment in higher education has made it private rather than a public good. “The idea of a university education has moved from being a public good where an educated population benefits the preservation of a healthy democratic society, to the idea of a university education benefits an individual and her ability to get employment,” said UT Arlington professor Geroge Siemens. “Once you have an individual paying like they’re a customer, they’re going to start acting like they’re a customer,” added Siemens.

9. Worst Case Scenario. About a third of people that attempt degrees rack up debt without completing a degree—the new disaster scenario. This trend surfaced in the Great Recession and when combined with the indebted underemployment of many college graduates, began to dampen enrollment and “all students go to college” advocacy.

10. For-Profit Implosion. Based on weak employment rates and lots of debt without degrees (#9), Secretary Duncan’s team issued tough regulations that killed off hundreds of for-profit colleges. More than 100 colleges closed in the last two years (20 nonprofit colleges shuttered during that period). For-profit enrollment was cut by about 70 percent from 2010-2019.

You’re thinking, “No loss, they were shysters.” But it was the venture-backed R&D lab of higher ed, the most agile purpose-built part of the sector. Now it’s more likely that big postsecondary innovations will come from China or India.

11. Obsolete Architecture. It’s quickly becoming a ‘show what you know’ world but colleges are stuck in a courses and credits model—it’s the organizing principle for architecture, schedules and communication. The resulting transcript (i.e., list of courses passed) is a terrible way to describe what a person can actually do.

Reorganizing around capabilities development rather than seat time is a massive undertaking. It means supporting short personalized skill sprints and extended community-connected challenges. It will require new ways to signal new capabilities (comprehensive learner records including badges, certificates and portfolios).

The new architecture of college will also move beyond the confines of a four year degree to a lifelong learning relationship where short sprints prepare learners for new opportunities. The open question is whether the winner in this new race will be a university or Udemey, your alma mater or LinkedIn?

12. Perpetuating Inequality. Perhaps most disturbing is that getting to and through college remains highly segregated. A child from the bottom socioeconomic quartile with high test scores in kindergarten has a 3 in 10 chance of having a college education and a good entry-level job as a young adult, compared to a 7 in 10 chance for a child in the top quartile of socioeconomic status who has low test scores. In addition to simply propelling the well-heeled students into careers, the crisis of debt without a degree (and debt with the wrong degree) plagues the bottom income quartiles.

About 10% of universities are highly selective—and they’ll be fine for the foreseeable future (notwithstanding the enrollment scandal which illustrated how inane the admissions process is). Most have big endowments and the perception of value—despite the fact that most don’t deliver on the promise. It’s the expensive second and third tier colleges that are taking a beating. Many are going out of business whether they know it or not.

In the next post, we’ll investigate promising solutions to these problems and what you can do to avoid racking up debt without a good job to pay it back.

Is College Worth the Cost?
Scroll to top